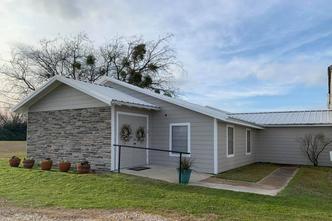 ​The Bible: We believe the entire Bible is the inspired Word of God and that men were moved by the Spirit of God to write the very words of Scripture. Therefore, we believe the Bible is without error.

God: We believe in one God who exists in three distinct persons: Father, Son, and Holy Spirit. We believe that Jesus Christ is the second member of the Trinity (the Son of God) who became flesh to reveal God to humanity and to become the Savior of the lost world.  The Holy Spirit, the third member of the Trinity, lives in each believer to empower them to fulfill God’s word and will.

People: We believe that all people were created in the image of God, male and female, to have fellowship with him but became alienated in that relationship through sinful disobedience. As a result, people are incapable of regaining a right relationship with God through their own efforts.
Salvation: We believe that the blood of Jesus Christ, shed on the cross, provides the sole basis for the forgiveness of sin. Therefore, God freely offers salvation to those who place their faith in the death and resurrection of Christ as sufficient payment for their sin.  The saved will enjoy eternal life in Heaven, the lost, or unsaved will be excluded from Heaven and suffer forever in the Lake of Fire with no hope of escape.
Christians: We believe all Christians should live for Christ and not for themselves. By obedience to the Word of God and daily yielding to the Spirit of God, every believer should mature in faith and be conformed to the image of Christ.
Baptism: We believe every believer should be baptized by immersion after accepting Christ as Savior.
Communion: We believe the Lord’s Supper or communion is offered to all genuine believers who are living in obedience to God’s word as a reminder of Christ’s sacrifice for our forgiveness.

Marriage: We believe that marriage is the uniting of one man and one woman in a single, exclusive union, as stated in the Bible. We believe that God intends sexual intimacy to occur only between a man and a woman who are married to each other.

Church: We believe that the universal church is the body of Christ, of which Jesus Christ is the head. The members of the church are those who have accepted Christ as Savior. The local church, like Thompson Baptist Church, is comprised of baptized believers organized to glorify God by loving and glorifying Him and by making Him known to all people.